Next we meet Emmanuel Breguet, the seventh-generation direct descendant of Abraham-Louis Breguet. He specialized in the history of economics and technology, and published numerous studies, particularly on civil and military aviation, before devoting himself to the work of his legendary ancestor, master watchmaker Abraham-Louis Breguet.

Emmanuel is the curator of Breguet’s historical heritage and Vice-President of Montres Breguet as Head of Patrimony, he oversees the exceptional body of archives stored in the Breguet Museum in Paris, Place Vendôme, as well as the Breguet museums in Zurich and Shanghai. In 1997, he published the book Breguet, Watchmakers Since 1775: The Life and Legacy of Abraham-Louis Breguet (1747-1823).

In the 220th anniversary year of Breguet’s greatest invention – the Tourbillon – we are delighted to bring you his fascinating stories and opinions about the famous Breguet archives.

MWM: Can you tell us what are the primary aspects of your role in being the person in charge of heritage and archives for Breguet?

EB: My first role as Vice-President in charge of heritage is of course to use the historical material that I have at my disposal. We are lucky to have quite extraordinary materials since we have a vast archive. We have traces for practically all of the objects that Abraham-Louis Breguet, our Founder made during his life, and we also have materials about his existence, on his way of living, on his way of working, on the people he met… a lot of things!

I would say that when one studies the life of a business leader from 200 years ago, it is very rare to have so much information.

The first role of the historian is to take advantage of this, by doing a job of classification, of exploitation. These archives are used to discover new things about the life of the company and also for the extremely concrete things that are expertise and authentication activities.

Today someone who takes care of the company’s heritage is both a historian and an expert in the field of authentication and expertise, who with these archives is capable of these two things. I had the chance to work on a third aspect: to create the museum, to constitute a collection representative not only of the genius of the founder but also of the longevity of the brand and of the different periods of the House.

I had this extraordinary experience of having the opportunity, with the president of Montres Breguet, first Nicolas G. Hayek and then Marc Hayek, to indicate to them what to purchase and to be able to exhibit a part of this collection in Paris, Zurich etc. There is also the fourth aspect: it is that I had the opportunity to be the co-curator of the major exhibitions that we have done at the Louvre museum but also at the Hermitage in St Petersburg and at the San Francisco Museum of Fine Arts.

It is an activity which I found very interesting. I am a historian who likes to share – when I accumulate knowledge, I like to write to transmit this knowledge or to show the Breguet museum to communicate the enthusiasm and our luck in having this heritage.

MWM: What are you currently working on?

MWM: Which period of Breguet’s history is your favorite time and why?

EB: Obviously, the founder’s period is key, because the work that he created is the source of modern watchmaking. He has inspired the whole profession so much that it is inevitably a phenomenal period for a historian. But another period that interests me too is art deco – a period between the two world wars, a period when there was enormous creativity in all watchmaking industry and at Breguet. And then a third period that we are rediscovering at the moment and which everyone is passionate about is the period we call “vintage,” from around 1950 to 1970 – this is something we looked at with “disdain” as something not very rewarding and now these are things that we look at with much more excitement. So it makes it three periods.

MWM: Do you have a favorite Breguet timepiece from the archives?

EB: It is not only one… Many watches have survived, it is true that there are some watches which have disappeared. The history of the watch made for Marie-Antoinette is important. However, all the subjects on which I am asked to work interest me… This morning, for example, I replied to a letter from the current Duke of Wellington, who asked me for historical information on the pieces he still owns, and that fascinates me! There is history… There are pieces that I greatly admire which are very complicated and others that are very simple.

MWM: There are so many extraordinary Breguet watches, but are there any particular watches that people enquire about most? Why do you think that is the case?

EB: Today, the requests that we receive are increasingly about vintage watches. This is what interests a client base that may be younger than those who were interested in pocket watches before. I have more requests related to the vintage era than for the founder’s pieces.

MWM: Are there any specific ‘Royal’ stories that you can tell us about?

EB: I think the first one is Breguet’s contacts with the French court and the fact that Queen Marie-Antoinette wore a Breguet watch until her death. He was really her favorite watchmaker, she wanted to keep a Breguet watch until the end. What is also very striking is the contact that Breguet was able to have with the Russian court and Alexander I, who visited him in Paris in 1814. It is something extraordinary. Then, there were also contacts between Breguet and the British Royal family which are very important, that started very early and have lasted almost until today. The fact that the King of England bought one of the first Tourbillons, for example. Then there is the history of the Queen of Naples watch, also a royal story …

MWM: How has your role changed with the introduction of digitization?

EB: We had all our archives digitized, which made it much easier to consult them and allowed us to have all of the 250 years of archives at our fingertips on a tablet, that was a very, very big change. 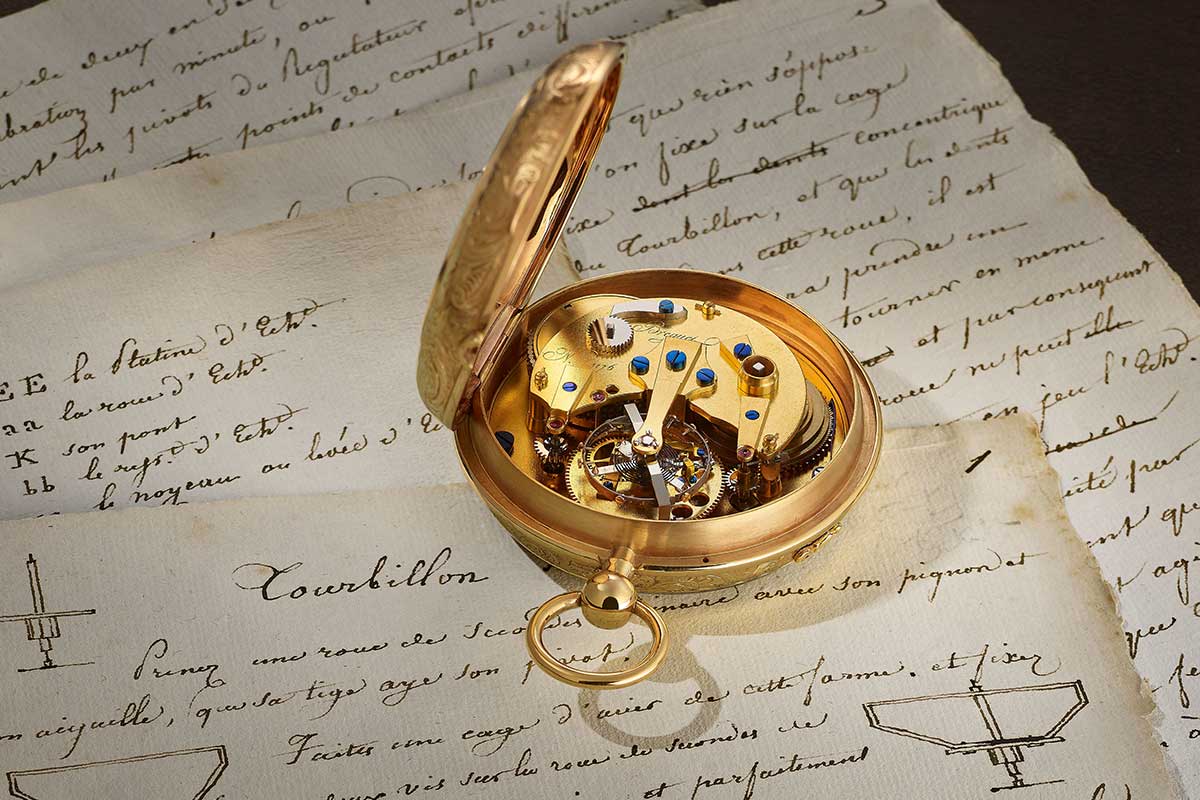 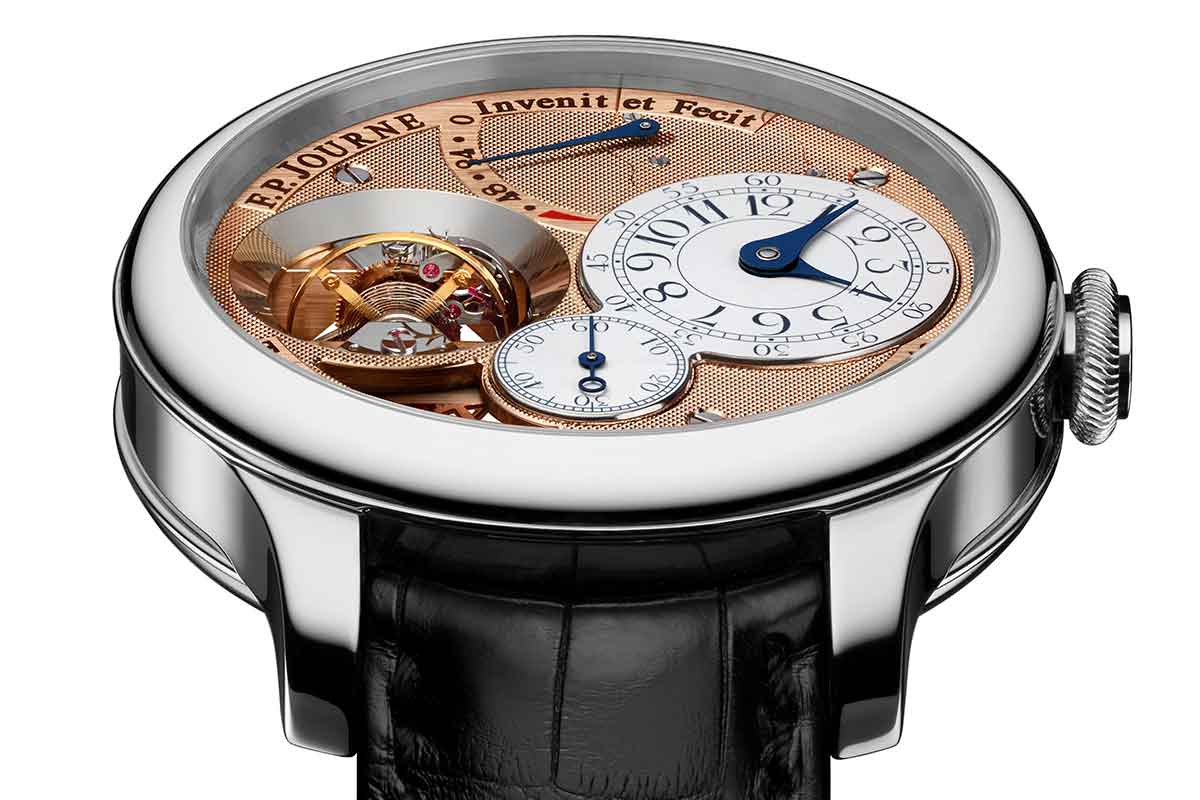