Triple Split: A New Look for a Unique Chronograph

When A. Lange & Söhne presented the Triple Split in 2018, it was lauded as a global premiere by the international trade press. The only split-seconds chronograph in the world to date that can measure additive and comparative times for as long as 12 hours is in a league of its own. Now, it is followed by a model with a pink-gold case and a blue dial.

Introduced in 2018, the Triple Split is the world’s only mechanical split-seconds chronograph that allows the measurement of intermediate and reference times for durations of up to 12 hours. The former edition in white gold with a grey dial is now followed by a second version–also in a limited edition of 100 timepieces–in pink gold with a blue dial and rhodié-colored subsidiary dials. Despite the wealth of displayed information, an ingenious material and color concept makes it easy to clearly assign each of the 10 hands to a specific function.

There is no other watch in the world that compares with the Triple Split. It is a logical evolution of the Double Split introduced by A. Lange & Söhne in 2004. With a precisely jumping rattrapante minute counter, it was no doubt already an impressive milestone in the development of modern rattrapante mechanisms conceived by the Saxon watchmakers.

Applications Handled by the Triple Split

Stopping times of up to 12 hours is possible with the Triple Split–that alone is a rarity in a mechanical chronograph. The extension of the rattrapante function to the hour counter offers a multitude of further possibilities. For instance, the Triple Split can compare the times of two opponents in a Formula One race, a Tour de France stage, or a marathon. It is also possible to stop the times of consecutively starting events or add together the times of multiple-hour events such as the duration of the individual Ironman disciplines. Any number of lap times can be stopped during additive time measurements.

The Lange caliber L132.1 is a movement that stands out with its three-dimensionality, complexity, and architecturally pleasing design. It highlights the finishing that is typical of the individual Lange components. Overall, 567 tiny parts are perfectly adjusted for flawless interaction. This complexity is not a show, it is mechanically necessary to enable this unique triple-split function.

The creation of a mechanism which makes it possible to collectively or separately control three hand pairs represented a formidable technical challenge for Lange’s developers. Even a simple rattrapante mechanism has two hands attached to arbors that run one inside the other. In the caliber L132.1, this pairing exists three times. During the assembly of the movement, the multiple-function axes call for the utmost precision and virtuosity.

A glance through the sapphire crystal caseback reveals the chronograph movement that is finished to the strictest Lange standards and adjusted to assure the perfect interaction of column wheels, clutches, rockers, levers, springs, and jumpers. Five gold chatons, traditionally secured with screws on bridges decorated with Glashütte ribbing as well as the hand-engraved balance cock round off the stylish prominence of the movement. Thus, the Triple Split is an exceptional timepiece, not only technically but also as regards its flawless artisanship; in the chronograph class, it plays in a league of its own. 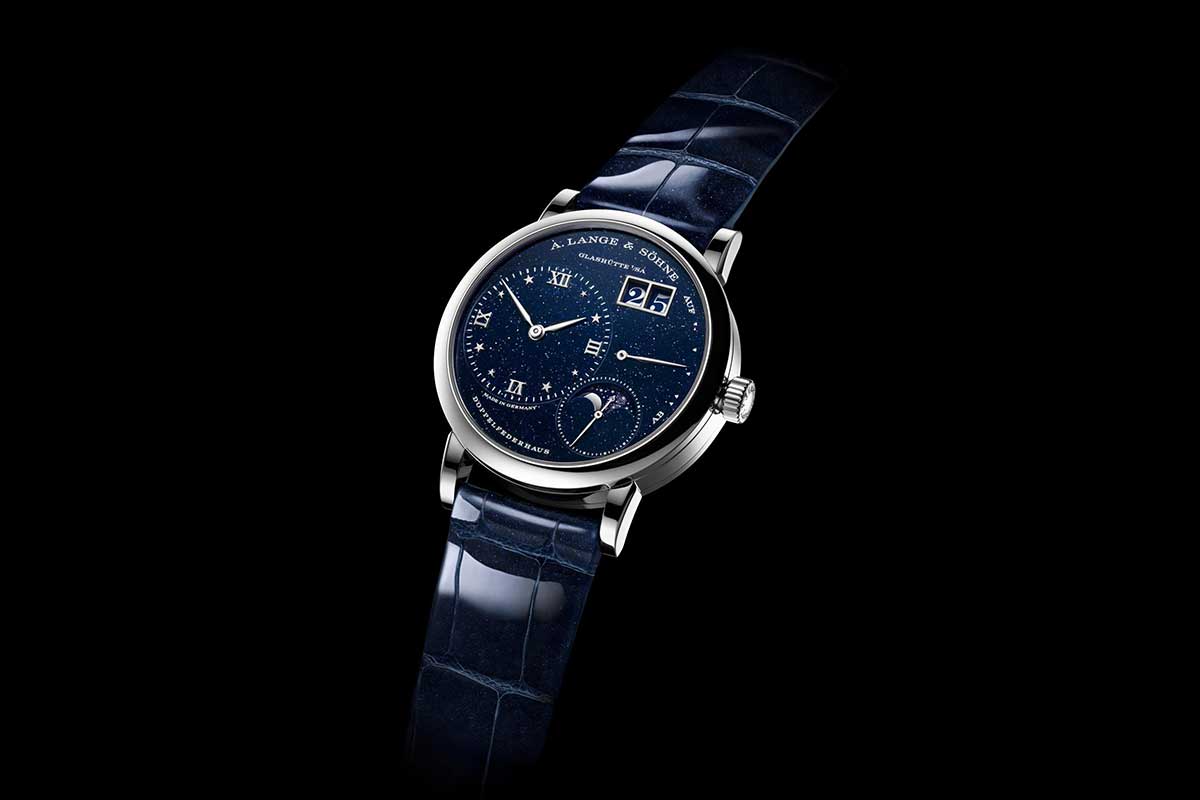 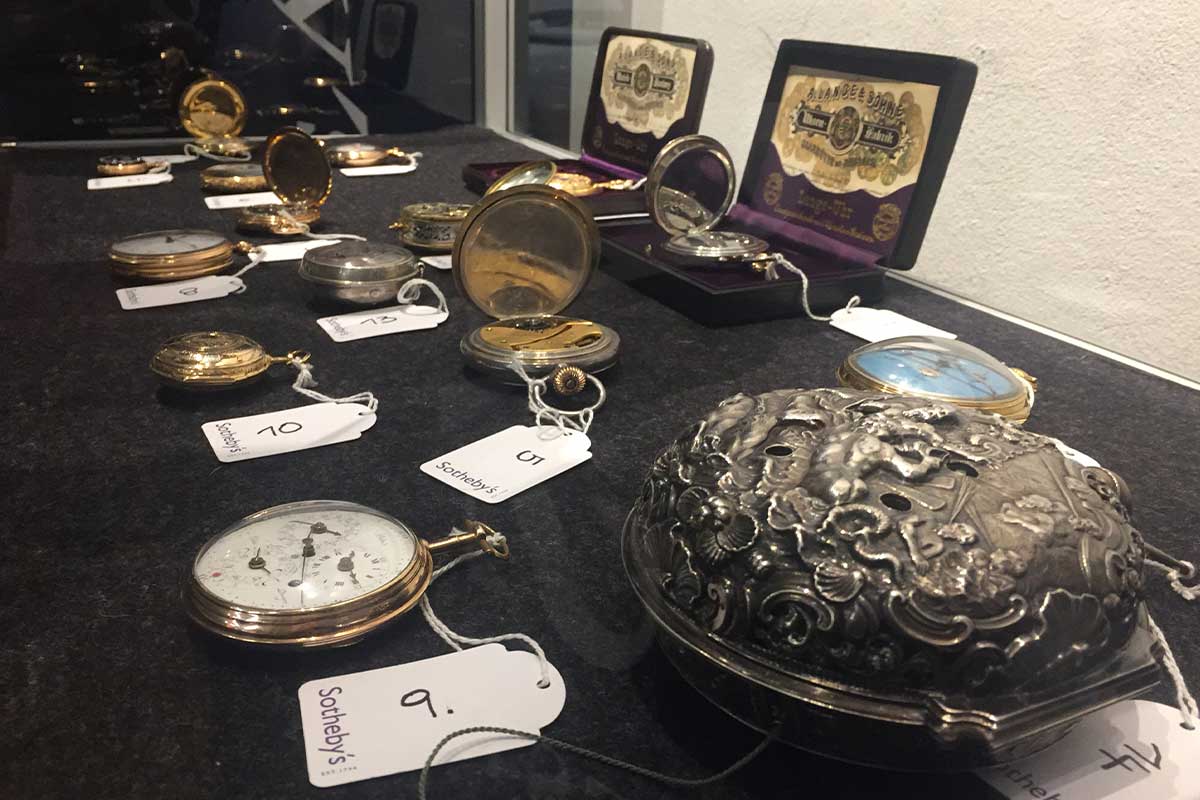