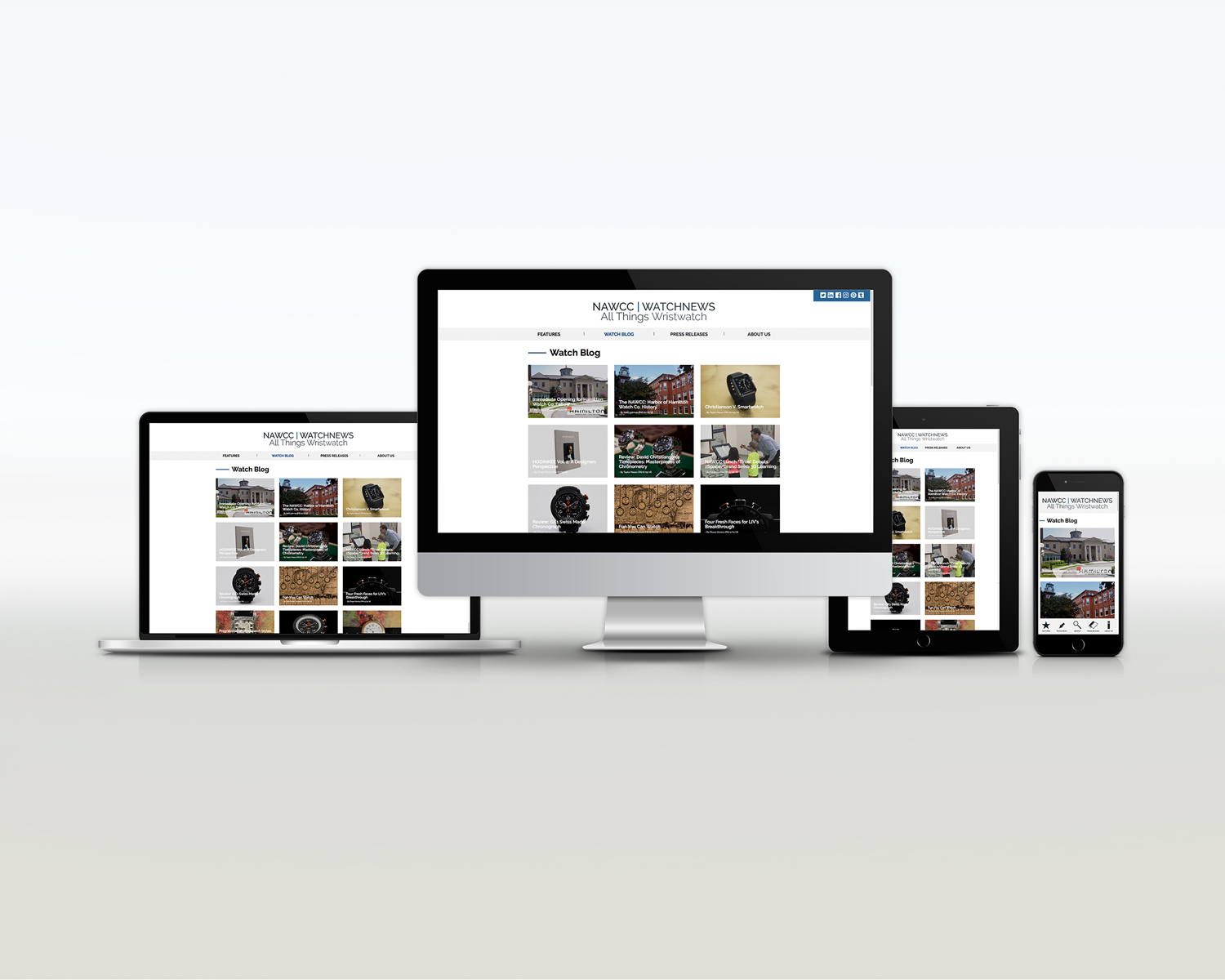 When I was hired as WatchNews Editor in April 2015, my objective for the site seemed simple: to increase awareness of NAWCC’s commitment to the wristwatch community. WatchNews had gone through several incarnations before I came on board. First, in 2012, it was WatchDig, a site that provided NAWCC content about wristwatches and wristwatch industry news. The site spent most of its time in development and was eventually abandoned.

More than a year later, WatchDig was replaced with WatchNews. The site was rebuilt by using Adobe Muse with more focus on aggregating industry news and collecting press releases. Unfortunately, like its predecessor, so much time was spent in development it had little time for actual promotion. At first I was excited because I had a fully functioning, staff-approved website. However, a flaw was inherently built within its DNA.

I remember hearing about responsive Web design in 2013 when I was working for a marketing agency in Lancaster County, PA. The concept was to make viewing the Web easier on smartphones and tablets by adapting the varying screen sizes. Muse did not support responsive design and was difficult to read on mobile devices. Adobe updated Muse in 2016 to generate what it called “Free-form responsive web design,” but the execution was not as robust as other methods and the results were disappointing. In March 2018 Adobe announced that it would no longer support Muse and would discontinue it in 2020. Clearly, it was time for a newly designed site.

Responsive design has been around for many years, but my greatest fear as editor was to spend too much time redesigning the site and not enough time establishing it. So I decided to work with what I had and focus on its growth by making connections with wristwatch industry and media professionals, creating original content for the site, and establishing an internship program in our department to help in writing, design, and marketing. In this regard I believe that WatchNews has been successful. We established advertising and article exchanges with Mr. WatchMaster, Worn & Wound, Watchonista, ATimelyPerspective, and Quill & Pad. We have published more than a dozen articles written by interns and partnered with Hamilton Watch Co., F.P. Journe, and RGM Watch Co. Viewership is still not where we would like it to be, but the redesign will cater to the ever-growing mobile community, which, in turn, will promote growth.

I specifically thank Chase Monico, our 2018 summer intern who hails from my alma mater, York College of Pennsylvania. Chase, who is studying Graphic Design, created many print and online projects, including the development of this site. Over the years it’s been an honor to mentor talented young people like Chase, who make our lives here at the NAWCC easier and more productive.