Photo by NAWCC. Harris with jeweler's loop inspecting a watch.

Adam Harris's course Luxury or Lie? debuts at The National Watch & Clock Museum October 3-5. Many NAWCC staff members prepared materials and promoted Adam’s course, but Harris, guest wristwatch curator at the Museum, has invested himself in this instruction and will share his experiences as a consultant at a pawn shop in Spain; Harris has seen it all.

In WatchNews's last interview with Harris, he gave the background of Luxury or Lie? and the fake wristwatch industry. He even gave some tips on how to spot a fake. With only a week away WN was curious about what he has learned since our last chat three months ago and if he is willing to share a few more tips on how to identify a fake luxury watch.

WN: How long does it take you to confidently spot a counterfeit watch?

AH: It depends on the counterfeit; some I can spot in three or four seconds by looking at the dial, with no tests needed at all; the “super fakes” can take 30 seconds to a couple of minutes; it just depends. The super fakes are always caught, but it may take one of our tests to confirm it! We try to avoid ever opening the watch; hence, a little extra time is taken on the dial and case back. To confidently confirm that a watch is genuine may take the longest. Why? Because we want to be 100 percent sure—no doubts, no room for error—and again we try to never open the case back.

WN: Since our last chat, how many fakes have you added to your course material?

AH: To the course material, about 25-27 more, and a lot of extra tips. I have added about 100 pages to the Luxury or Lie? course book in the past three months.

“I'm shocked when people post what is obviously a dog dressed up as a cat. A simple Google search would show their watch never existed.”

Photo by Keith Lehman. Harris with his collection of fake luxury watches.

WN: Just how big is the counterfeit watch market?

AH: Big and getting bigger. I am astounded to find not just the luxury pieces but basic day-to-day watches like Tissot and Casio G-Shock. Therefore, a minority of the minority who can afford a $5,000-plus watch is getting duped is less than the many who buy G-Shock and get duped. The overall scale is massive!

WN: Which are the most commonly replicated brands?

AH: Omega is surely at the top of the list and then Rolex, Panerai, Hublot, and Bretling, but I find of course Cartier and Tag and Mont Blanc.

WN: Are there any counterfeit “brands” that you discovered that surprised you?

AH: As I mentioned above, I was amazed that Tissot watches were being faked—not just the watch but also the box and papers. We sent the watch back to Tissot, which had its head engineer strip it down and confirm a counterfeit; he had to open it to confirm it was a fake—wow!

That surprised me more than Casio G-Shock.

"If in doubt—walk. I have never bought a fake that I held!"

WN: Common sense versus expertise (we know you hate that word). Which is more useful to avoid buying a fake?

AH: The novice needs common sense, and the knowledgeable person needs expertise. To understand the difference, a novice should use common sense to get advice and help from others on the many fake buster forums, while the expert (if one exists) needs knowledge and expertise.

WN: What do you suggest people do if they discover the watch they own is counterfeit?

AH: It depends if they just purchased it and from where. If they bought it on eBay, they have the chance to get their money back. If they bought it from a dubious source, as many do, their money is lost. In the past three months, I have identified four fake pieces already purchased, and in all four cases the person got a full refund.

WN: Were you ever fooled by a fake?

AH: No, I don’t think so. I have thought a genuine piece was a fake. I analyzed all the facts, as I teach in the course, and my conclusion was that it was a fake. I suggested they check with an authorized dealer, and it was not. That is okay with me. Remember that I help more people online, and I cannot touch the watch nor do any of my litmus tests! If in doubt—walk. I have never bought a fake that I held!

WN: Any funny or horrifying counterfeit watch anecdotes to share?

AH: The worst was a scam in which the seller never even owned the watch! The buyer liked the watch and made a precautionary check by asking for a photo with the hands exactly set at a certain time.

The seller sent a photo, and the potential buyer posted it on a fake buster forum. An eagle-eyed person (not me) brilliantly noted that some shadows on the dial existed where the hands should be. On close examination we could see that the hands had been photoshopped and other positions were painted in at the requested time. That’s unbelievable but true. Everything is now possible!

I have seen others and I have included them in my course. We see people arguing against a consensus that it’s a fake because a relative gave it to them or their friend has a genuine one and theirs is identical. Some just cannot believe they have a fake.

I also get shocked when people post what is obviously a "dog dressed up as a cat.” A simple Google search would show their piece never existed. As they say, "There is naught (nothing) as strange as folks."

WN: Is there anything you want to tell your students before meeting them?

AH: Relax and enjoy! I promise a good course, where students will learn how to spot a fake from the genuine. I am hopeful that no one will leave disappointed. "Let’s RUMBLE!" 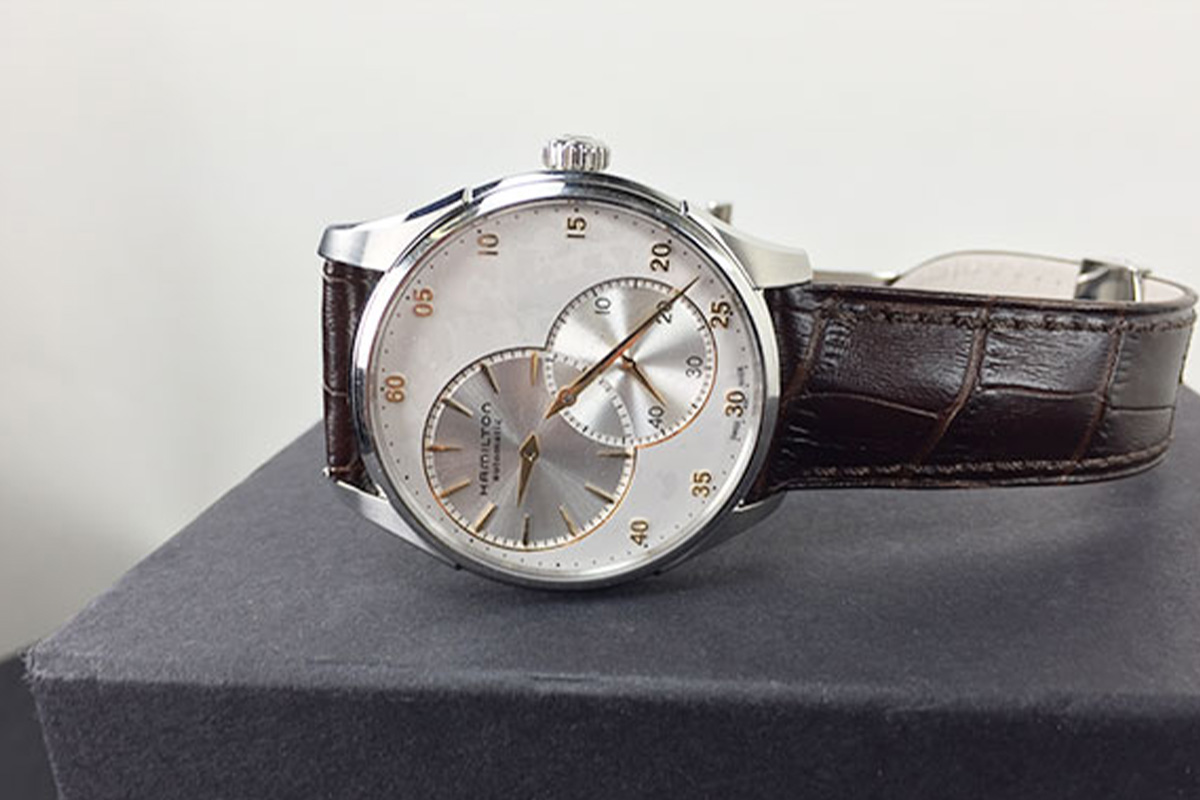 Good Things Come in Threes at the NAWCC 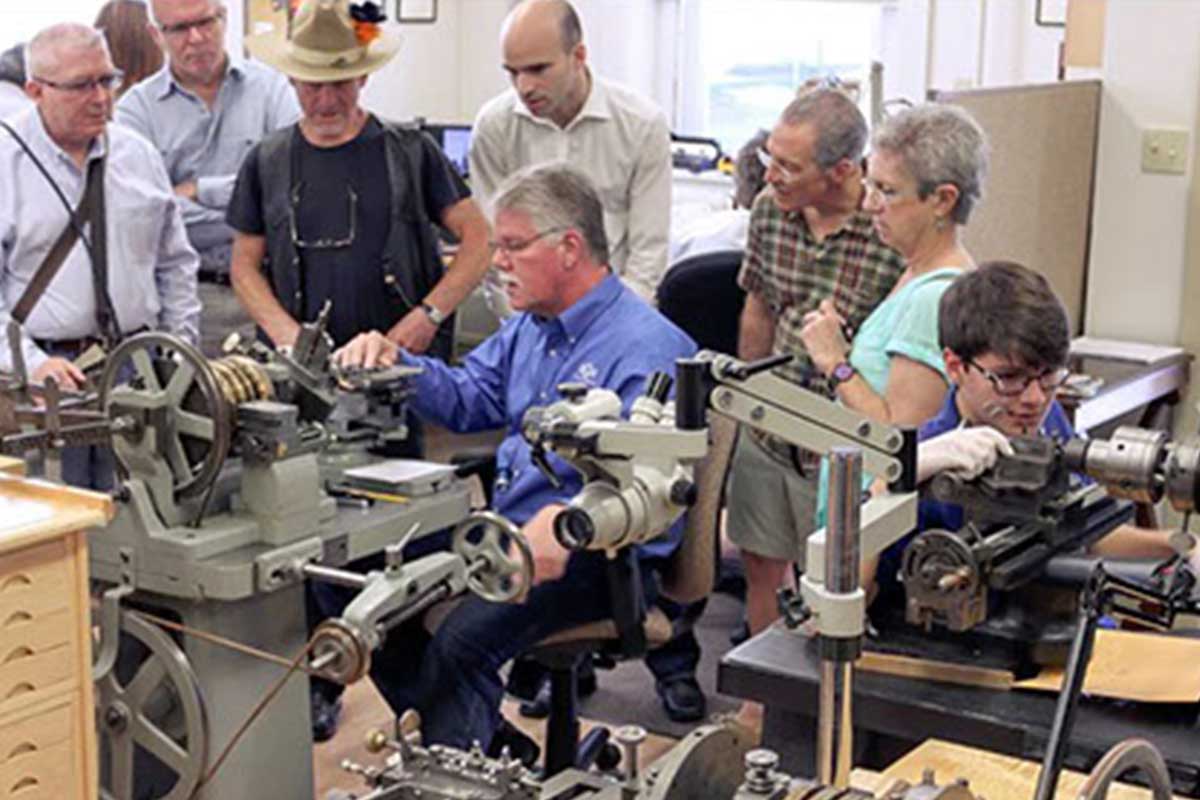