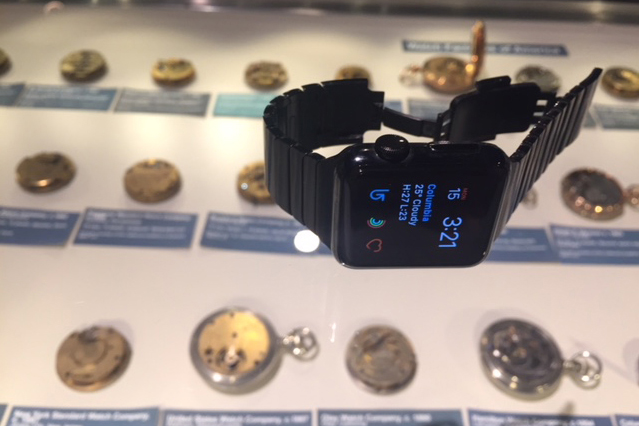 Apple Watch on top of pocket watch display at the National Watch And Clock Museum.

When Apple first introduced its watch to the public at the Apple Special Event in Cupertino, CA, in 2014, Samsung alone already had six smartwatches available to the public. Years of rumors that Apple was developing a watch spurred on competitors to get a jump on the looming smartwatch market. They included the usual suspects: Google, Samsung, and Microsoft. But now Apple was taking on a whole new roster of enemies—every brand of wristwatch maker in the world.

Unlike many other successful Apple products, the Apple Watch wasn’t initially received with the usual fanfare from its base. Many Apple cultists, myself included, were skeptical of how indispensable to our lives the Apple Watch promised to be. My first impression was typical of most tech people on a budget. Apple already had me on a computer, iPhone, iPad, and Apple TV and was now telling me I needed a watch. A watch, really? Steve Jobs wasn’t even known to regularly wear a watch!

For Apple fans, wristwatch lovers, and tech people, something felt rotten in the state of Denmark. It was completely an industry-disruptive and gravity-defying promise. Looking back, it’s what Apple has always done with its blockbuster products, but many journalists and industry experts were skeptical.

Apple proved all doubts wrong. In two short years the Apple Watch became the most sold wristwatch in the world and is currently on track to make more of a profit than the entire Swiss wristwatch industry combined. In the following review I share my experience using the First Generation Apple Watch. 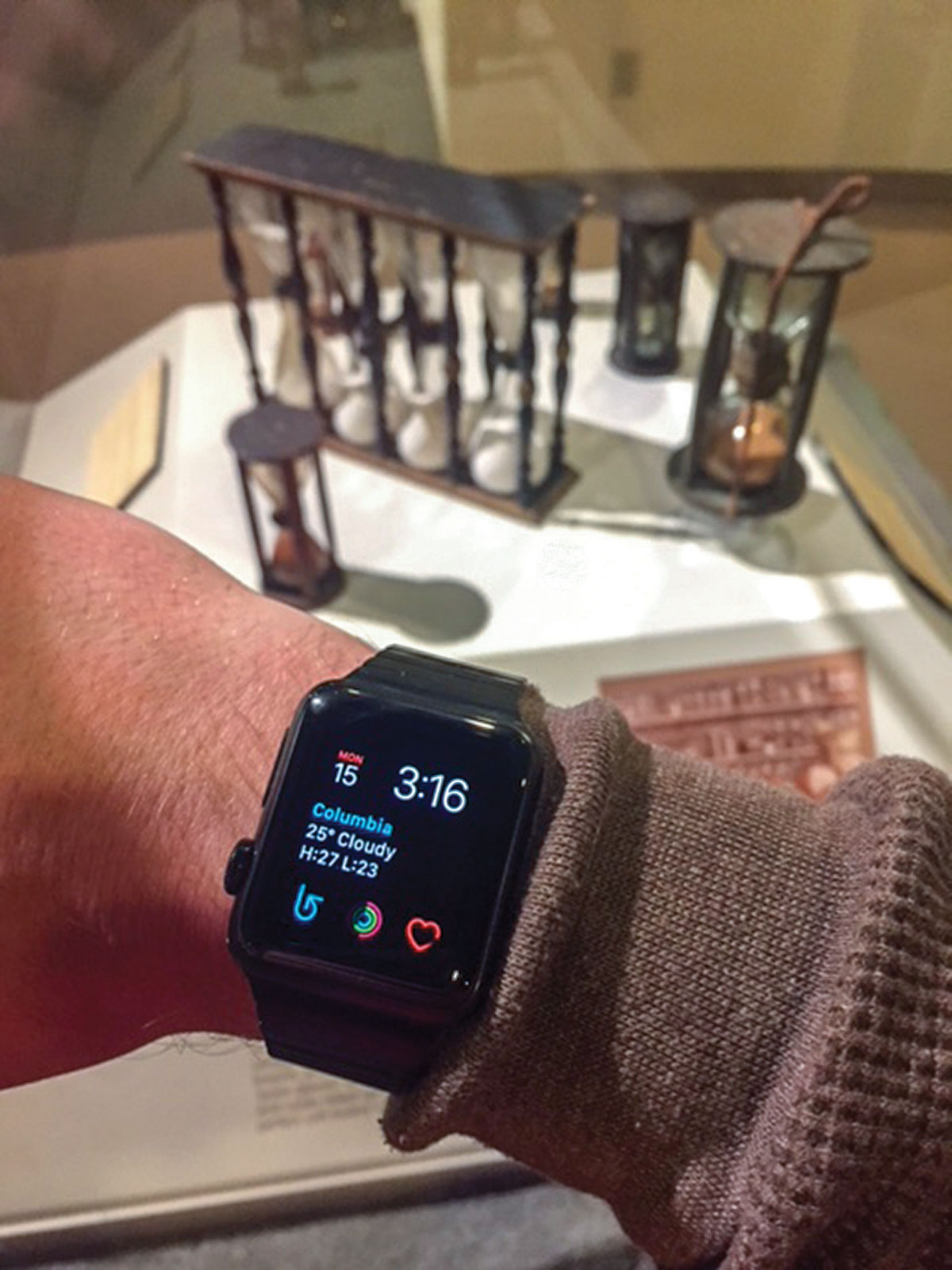 This review of the First Generation Apple Watch began with a trip to the National Watch & Clock Collections Department. There Curator of Collections Kim Jovinelli greeted me. After I completed a loan form, she gave me the watch complete in the box with packaging. I tried to hide my excitement as I hurried back upstairs to my office to unpack my latest, and sadly, temporary acquisition.

Like everything Apple, the entire experience is well—an experience. From taking the watch out of the box to taking it for a walk to complete my fitness circles, everything is smooth and seamless. I did have difficulty updating the watch’s software and had to restart the process several times. This actually took over an hour to get it right, but, in fairness, WatchOS had four updates since its initial launch, so it’s not surprising to run into difficulties.

My first great moment with the watch happened when my girlfriend called me at work. When I answered the call by tapping the accept button on the watch and had a clear-sounding and successful conversation, I could imagine myself as Dick Tracy and she as Breathless Mahoney, attempting to crack a case.

What the Apple Watch does brilliantly is augment the experience of smartphone ownership. Text messaging, receiving emails, getting directions, and sending and receiving phone calls can now be done on your wrist with ease. But the watch’s real innovation is the new focus on health and wellness. It reminds us that we are in fact alive. It reads the rate and rhythm of our heartbeats, how many steps we take, and demonstrates how mindful breathing is good for us. These insights allow for personal discoveries. I learned, for instance, that my heart rate drops significantly when I play guitar.

During this review I wore the Apple Watch on my right wrist and a mechanical on my left. Wearing two watches on different wrists may seem strange, but I’m not the first and my admiration for mechanical watches did not diminish. Many of my mechanicals are from the early 1900s, and it was fascinating to experience them in contrast with the Apple watch. Both command wonder in utility and admiration of craft but in different ways.

It’s clear how the First Generation Apple Watch launched a revolution in the watch industry. Its impact was so great that, like Heinz is to ketchup, Apple is to smartwatch. The watch is not the first smartwatch, wearable fitness tracker, or affordable luxury item. But unlike its predecessors, the whole is greater than the sum of its parts. It’s more than a watch; it’s a trusted companion, a lucky charm, a reassuring voice in the darkness, a modern marvel, and yes, in more ways than one, a device that tells the time. 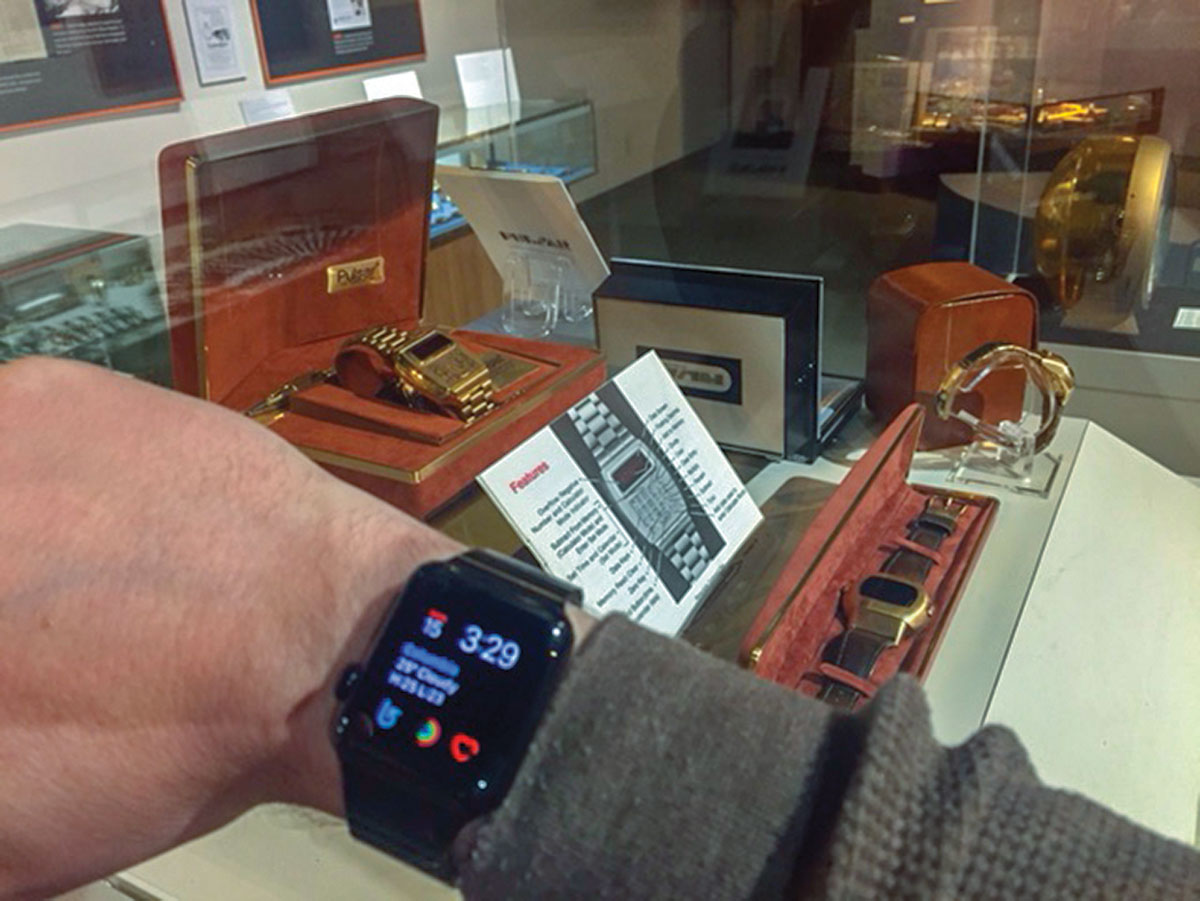